This award-winning A$1.4bn project involved the design, construction, facilities management and financing of The Royal Children's Hospital, a children’s hospital on the site adjacent to the existing hospital, the refurbishment of selected existing hospital buildings, the erection of temporary accommodation structures and transitional services. 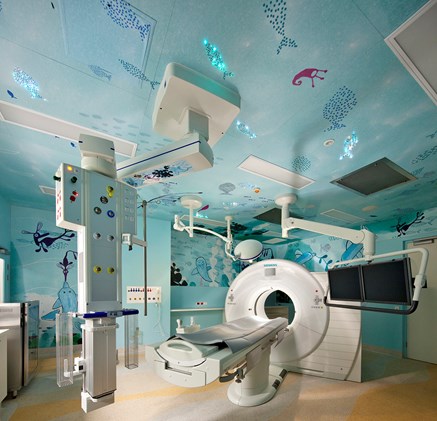 The project campus brings together six levels of clinical, research, education and retail facilities with a total built form of 250,000m2 within a 10-acre site and also incorporated the refurbishment of two existing hospital buildings. The research laboratories (including animal houses) and the University of Melbourne School of Paediatrics cover 23,000m2 and these specialist areas are fully integrated into the campus.

The project has won a number of awards due to its outstanding design and functionality.  The acknowledged success of the project, through both the delivery and operations phases, has delivered a world class hospital and end-user experience.

Environmental considerations featured strongly in the design including carbon reducing technologies, water capture methods and clever orientation of buildings to meet high sustainability targets. In doing so, the Hospital obtained 5-stars as part of the Green Star certification programme – the highest possible score.

Stage 2 of the facility was completed in September 2014 and involved the demolition of hospital buildings, construction of a hotel and other retail services, as well as refurbishment of existing buildings into office suites.

The entire facility was delivered three months ahead of program and within budget and has been fully operational since November 2011.

Project revenues are availability-based. The public sector client is The Government of the State of Victoria.